Our mission is to create awareness and raise monies in support of the growing needs of Creede’s Emergency Responder Volunteers.

Our objective is to successfully raise enough money each year to help fund the critical training and lifesaving equipment needs of Creede & Mineral County’s Search & Rescue (SAR), Emergency Medical Technicians (EMT), and Fire Department. A new command center is under development and every year we hope to raise additional monies to advance the build of the new structure.

Friends of Mineral County Emergency Services (FOMCES) began with local community fundraising efforts and grew through the volunteer support of many of its seasonal residents and tourists. Two very special seasonal residents are Carl and JoAnn Hill. The Hill’s have an amazing track record of stepping up and raising much needed funds to help support local organizations. Founded by the Hill’s, FOMCES was born in 2011 with a dinner and live (and silent) auction in the Creede Community Center where $18,000 was raised to support local SAR, EMT, and the Creede Fire Department. In 2015, FOMCES became a 501c3, charitable organization with the charter to raise funds for equipment, skills training, capital improvements and other suitable needs of these entities enabling tax deductibility on donations made by its generous donors. To date (2020), FOMCES has raised over $260,000!

Why We Need Financial Support

Volunteers are the backbone of every community and being an Emergency Responder takes a special kind of person! Being prepared for any emergency demands knowing what to do in a variety of difficult situations. SAR, EMT, and Fire teams have different training requirements. Our local Emergency Responders, many of whom are volunteers, invest a tremendous amount of time in training themselves to help others in need. Creede is surrounded by the vast wilderness of the Rio Grande National Forest requiring Emergency Responders to have many expert skills including navigation skills; excellent tracking skills; swift water and ice rescue; rope and air rescue; mountaineering and wilderness training; EMT training; vehicle and machinery rescue; and managing wildfire threats - all in extreme cold and heat environments. At any given moment they could be repelling down a mountainside, airlifting a stranded hiker to safety, rescuing someone from the swift water of the Rio Grande, digging someone out of an abandon mine; fighting the local wildfires; or responding to the daily needs of the citizens and visitors of Creede. When others are running away from danger, they run towards it…..and ask nothing in return. And while these incidents are not an everyday occurrence, when they do occur, it’s nice to know our local volunteers have everything they need to save lives.

Donations to FOMCES are used to fund critical training, purchase lifesaving equipment, and help advance the build of a new integrated Command Center for all the members and volunteers of Mineral County Search and Rescue (SAR), Emergency Medical Technicians (EMT), and Fire Department. As a 501c3 organization, donations to FOMCES are tax deductible to the full extent of the law. 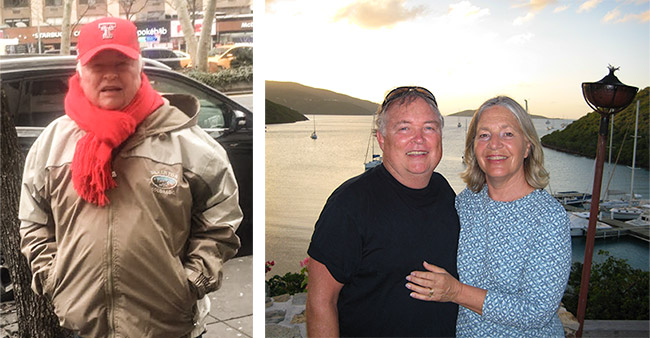 Bob Holt is the current FOMCES President and has been an active board member since 2013. Bob and his wife Margarite (who is a past FOMCES President) have been seasonal residents of Creede since 2010. They have been active in FOMCES as volunteers since 2011 when the first official Dinner and Auction was held in the Community Center. With a deep passion for helping others, they are devoted supporters of raising money for equipment and continuous skills training for the local volunteers of Creede’s SAR, EMT and Fire organizations.

Bob is an avid writer having published two novels and is known for his great storytelling, a true raconteur. He enjoys golfing and is part of the local Elks Lodge. Margarite is a closet artist who enjoys discovering what the Rio Grande landscape inspires in her creative artwork. After spending years in New York, with an adventurous sailing detour in the Caribbean, they retired from their professional careers in executive recruiting and IT industries and now reside in Texas, while enjoying their summers in Creede. 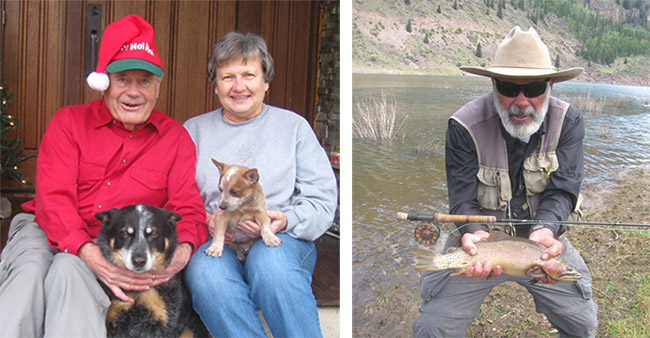 Robert Goodwin has been FOMCES Secretary since 2016 and has been volunteering for the past 8 years. After a 30-year career in the telecommunications and fiber optics industry, Robert traded in his desk for a saddle and a fly rod. He spent the next 17 years as backcountry guide in the Weminuche Wilderness around Creede, CO. Retried from guiding, he is now a member of Creede’s Elks Lodge and volunteers for several programs in Mineral County, including supporting the Ladies Aid Society.

Robert found Creede back in the 70s while skiing, backpacking and fly fishing. He and his wife Peggy live in Texas and spend their summers in Creede. When he is not fly fishing, volunteering, or just helping a neighbor with a project - he and Peggy are restoring old cars, Thunderbirds specifically, and enjoy Craftsman-style woodworking and custom car renovations. 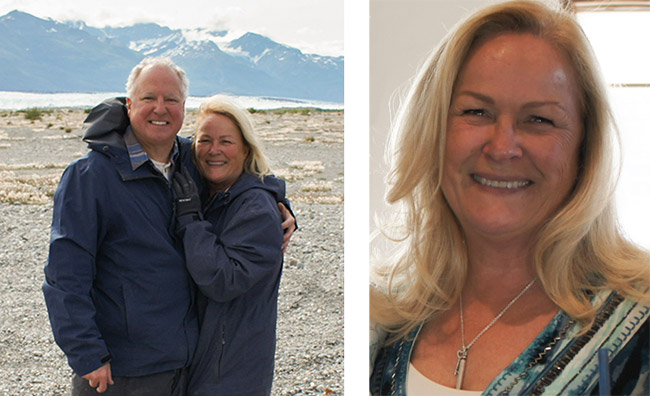 Gidget Madix is the current Treasurer for FOMCES and is relatively new to the FOMCES board, having joined in 2016 as a volunteer for the annual fundraiser. Gidget spent 40 years in the behavioral health industry helping people and businesses find the right mental health resources for their needs. With her marketing background, she enjoys finding new ways to support local SAR, EMT and Fire volunteers - the individuals who devote their lives to being there when others need help.

Gidget and her husband Sean, found Creede on their honeymoon. They fell in love with the town, the people, and the beauty of the Rio Grande National Forest. They currently reside in Chicago but enjoy their summers in Creede. As a hiker, explorer, and razor enthusiast, Gidget is keenly aware of the value of trained and well-equipped emergency responders. Sean is a member of Creede’s Elks Lodge and enjoys fly fishing whenever he can.

Terry Wetherill is currently a Vice President for FOMCES and has been volunteering at the annual auctions and fundraisers for the past 5 years. While he supports FOMCES, he is so much more in the community of Creede. Terry’s family has been in Creede since the late 1800s and he knew it was where he wanted to retire and enjoy life. After 29 years of distinguished service in the Navy, he retired to Creede. His retirement in Creede began by joining SAR. He then decided to get his EMT certification in case someone got hurt in the back country. He then joined the fire department to ensure he was there when his neighbors needed help. If that wasn’t enough, he joined the Police Academy so that he could be of support to the Sheriff’s office. He is now the Mineral County Emergency Manager. Terry clearly has a servant’s heart. 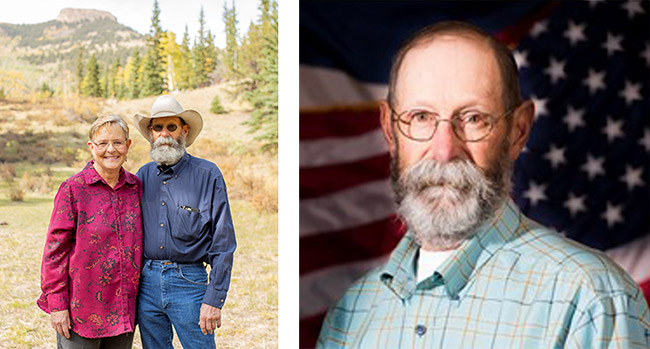 Jimmy Adelman is currently a Vice President having recently joined the FOMCES board in 2020. Jimmy originally came to Creede in the mid-1980s as a Range Rider for the Park Association where he would spend all summer on horseback with 2500 head of cattle. He grew up around livestock and has a long history of working in the cattle industry. Jimmy is currently the elected County Coroner of Mineral County and volunteers in all three emergency responder teams in Creede.

As an avid outdoorsman, when Jimmy is not working or volunteering, he and his wife Kathy enjoy flying, hunting, fishing, family and playing with their three young granddaughters.